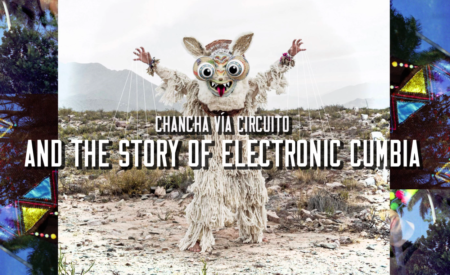 Austin’s annual SXSW Music Festival is kicking off next week, and we are very excited to see several of our current and alumni clients playing the festival. Among these artists include MPeach, The Jones Family Singers, and local Austin artists Gina Chavez and Cilantro Boombox. We had the opportunity to sit down with Félix of Cilantro Boombox, who shared what the band is most looking forward to at this year’s festival as well as some of their favorite memories from past SXSW appearances.

The group is set to perform two SXSW shows on March 21st, theKUTX show at the Four Seasons (Event link) and later on that day at the Mexican American Cultural Center as part of the Pan Americana Festival (Event link).

Press Junkie: As a local Austin band having previously performed at SXSW and with multiple shows booked for this year’s festival, what are you most looking forward to this time around?

Félix: Definitely the KUTX live at the Four Seasons on Saturday morning. We feel really honored to be a part of it. Proceeds go to a great cause and if crowds and late nights are not your thing, you’ll get to hear it on the radio! Our other gig at the Pan-Americana Festival is gonna be great. We’re sharing a bill with Kinky who has been an influence in our sound.

Press Junkie:  Whether it be a memorable story from a past SXSW experience or a standout moment on stage from one of your previous performances there, what is your absolute favorite memory from the festival?

Félix: Individually we have countless stories plus some we don’t remember and some we should keep to ourselves. Collectively, our first SXSW was an awesome experience. We were this brand new band and played what I think it was our 3rd gig ever at an unofficial party. We had a smaller crowd but, within that crowd, lots of musicians we admire and have been following for a while. They were digging on us and dancing! The next day, I wake up to a text by one of those musicians telling me how inspiring our set was to him.

Press Junkie: The city of Austin has given you a lot of praise as a local band, dedicating May 1st as “Cilantro Boombox Day.” What does playing a show in your hometown at a major festival that brings in concert-goers from around the world mean to you?

Félix:  It is awesome to receive so much love. Not only from the city but from our awesome dance partners (we don’t have fans). As a local band, we rather chill a bit and discover new music. However, you’re coming to our house and gonna eat a great potluck dinner with dishes made by different people but… We’re in charge of dessert and drinks! And we’re gonna make sure you splurge on it and go home and tell everybody about it.