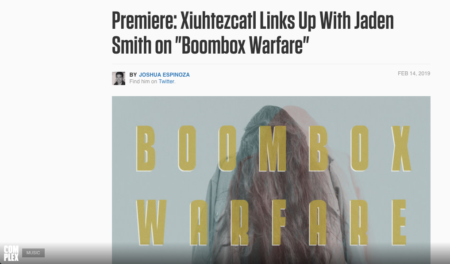 The song finds the young artist reflecting on the political power of music and the ways it has helped promote Xiuhtezcatl’s cause. The 18-year-old indigenous Mexican American has gained national attention for his fight against environmental injustices, specifically taking a stand against climate change as well as fracking in his home state of Colorado. The teen has also led high-profile lawsuits against the government and has performed at the Standing Rock encampment alongside Immortal Technique and Nahko. [Read More]